To share your memory on the wall of Conyers P. McFadden, sign in using one of the following options:

Provide comfort for the family by sending flowers or planting a tree in memory of Conyers P. McFadden

Provide comfort for the family by sending flowers or planting a tree in memory of Conyers P. McFadden

Print
Mrs. Conyers P. McFadden, 86, a well-known Martin County resident, peacefully and quietly went home to be with her Lord and Savior at Cleveland Hospital-North in Stuart, FL on January 16, 2020.

She was born to the parents of the late He... Read More
Mrs. Conyers P. McFadden, 86, a well-known Martin County resident, peacefully and quietly went home to be with her Lord and Savior at Cleveland Hospital-North in Stuart, FL on January 16, 2020.

She was born to the parents of the late Henry David McFadden, Sr. and Corean Witherspoon on December 1, 1933 in South Carolina. Ms. McFadden was educated in the public schools there and moved from South Carolina to Stuart in 1965.

Before retirement she was employed as an inserter for Stuart Web (a printing company). She was a member of the Lake Street Church of Christ, where she worked faithfully with her husband, the late Carol McFadden, in outreach ministry.

Mrs. McFadden was of a meek and quiet spirit and always displayed a smile that would brighten up your darkest day. She was a devoted and faithful wife, a loving mother and grandmother, and a dear sister to her natural family, as well as her church family.

She will await the resurrection at Fernhill Memorial Gardens and Mausoleum in Stuart, FL.

Arrangements have been entrusted into the professional care of Thorne's Mortuary, Inc. in Stuart, FL.
Read Less

To send flowers to the family or plant a tree in memory of Conyers P. McFadden, please visit our Heartfelt Sympathies Store.

Receive notifications about information and event scheduling for Conyers P.

We encourage you to share your most beloved memories of Conyers P. here, so that the family and other loved ones can always see it. You can upload cherished photographs, or share your favorite stories, and can even comment on those shared by others.

Flowers were purchased for the family of Conyers P. McFadden. Send Flowers

Posted Jan 23, 2020 at 10:20am
To the family of Mrs. Conyers McFadden, I want you to know that my heart and prayers goes out to you all in the loss of your dearest mother, grandmother, great-grandmother, sister, aunt, and friend. God created a jewel, sweet, kind, and considerate woman that I have always cherished and will always remember. She, Mr. Carol, and their children were very loving and supportive to me in my younger years. I could not have had a better family, outside of mines, that cared and loved me the way they did. I had the opportunity to visit with her at her home a couple of years ago and she welcomed me with open arms, love, and forgiveness. She was a true woman of God that LOVED and INSPIRED me and many others. To Henry, Vern, Mary, Carolyn, and Ruth, thanks for sharing your mother with me. May you find peace in knowing that her absence in the physical is her presence with the Lord...she has taken her rightful place.
---- Love and Blessings,
Connie Harris McFadden
Comment Share
Share via:
CF

Posted Jan 23, 2020 at 09:41am
A beautiful orchid for a beautiful woman that I will always remember. With love and sympathy.

Posted Jan 21, 2020 at 06:41pm
Our thoughts and prayers are with you. From: The Blue Hill Church of Christ and Minister, Johnny Thomas Sr.

The FTD Sleep in Peace Wreath was purchased for the family of Conyers P. McFadden. Send Flowers

Posted Jan 21, 2020 at 01:20pm
From 5 generations to 3. At times it seems unreal that 2 GREAT influential people in my life have passed, yet all the glory belongs to God because He knows best. Two heavenly people that made an impact in the lives of family, friends & others are no longer here. With their deaths being only 2 years and 10 days apart, how coincidental is it to lose my Momma (1-6-18) and then my Grandma (1-16-20) in January, which is also my birth month? Through it all, I am still blessed and will be eternally grateful for all the special dates in January. My grandma was a beautiful portrait of a God-fearing, lovable, generous, compassionate, neighborly, fashionable and RESPECTABLE woman! Vibrant and elegant words of colors, I hope that others see in myself, my daughter and granddaughter. Although, I will miss my grandma immensely, I give thanks to God for every memorable moment He has allowed me to spend with her. 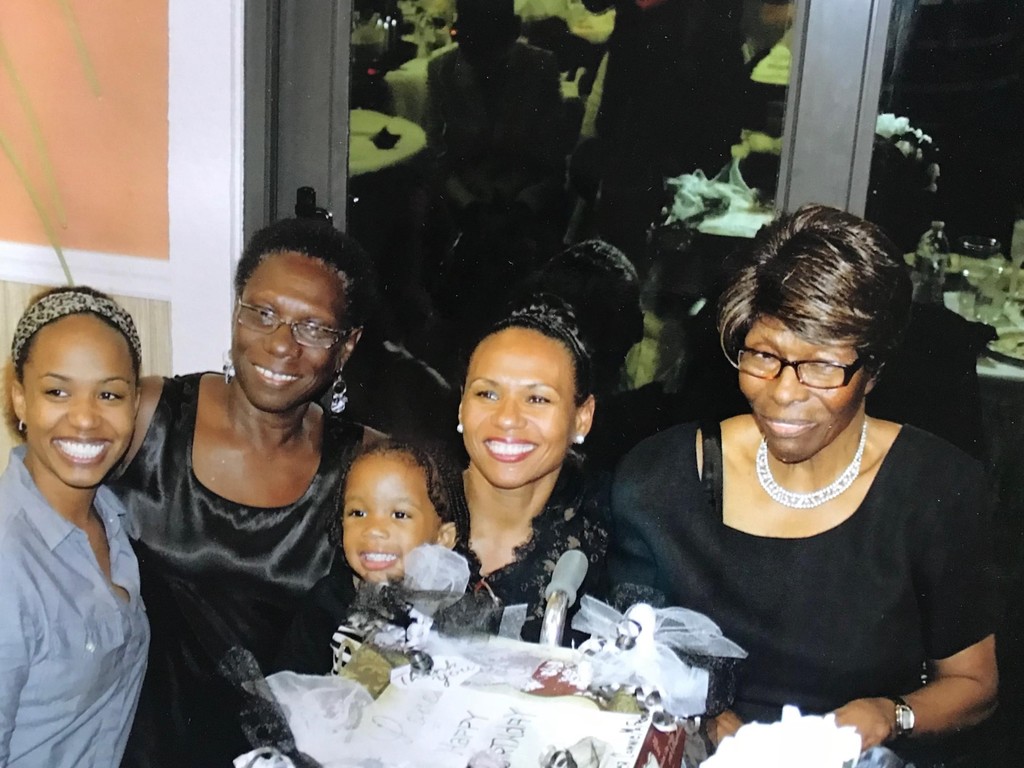 The McFadden Family's You Have Me and My Family Deepest Condolences Mrs Conyers Was Very Good Spiritual Lady Of God And She Will Be Miss She Had Beautiful Soul May God Continue To Strengthen The Family and You All Are In Prayers🙏 Love, Janice Delancy and. Family 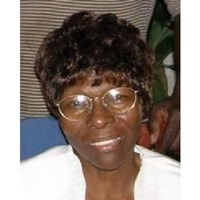 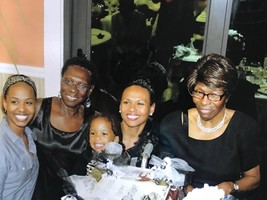