To share your memory on the wall of Brandon Robinson, sign in using one of the following options:

Print
Mr. Brandon Robinson, 34, of Lauderhill, FL passed away peacefully at Plantation General Hospital and Medical Center on March 31, 2020 at 8:11 am. He was born to the parents of Lavon L. Gates and the late Pastor Keith A. Gates.

He pass... Read More
Mr. Brandon Robinson, 34, of Lauderhill, FL passed away peacefully at Plantation General Hospital and Medical Center on March 31, 2020 at 8:11 am. He was born to the parents of Lavon L. Gates and the late Pastor Keith A. Gates.

He passed away just 2 months and 9 days after his father. At his father's homegoing, Brandon performed a song that he had written in his father's honor and it brought tears to the eyes of many. The death of his father was so devastating and had taken such a toll on him, that he wasn't quite able to rise above it, even with the love and support of family members and his closet friends.

Brandon was a well known throughout Broward, and Miami-Dad Counties, as an accomplished musician, electrifying vocalist and song writer/producer. Because of his love for music, he embraced diverse genres of music, with performances that touched the hearts of many.
Read Less

To plant a memorial tree in honor of Brandon Robinson, please visit our Heartfelt Sympathies Store.

Receive notifications about information and event scheduling for Brandon Robinson

There are no events scheduled. You can still show your support by sending flowers directly to the family, or planting a memorial tree in memory of Brandon Robinson.
Plant a Tree

We encourage you to share your most beloved memories of Brandon Robinson here, so that the family and other loved ones can always see it. You can upload cherished photographs, or share your favorite stories, and can even comment on those shared by others.

Plant a Tree in Memory of Brandon Robinson
Plant a tree 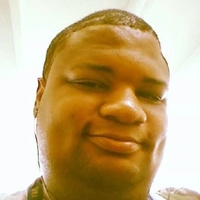