To share your memory on the wall of Mack Arthur James, sign in using one of the following options:

The the son of the late Horace and Minnie Lee (Everett) James, Mack was born on February 11, 194... Read More
Mack Arthur James, Sr., 74, passed away peacefully on April 22, 2020 while visiting his daughter, Mrs. Doris James-Weaver in Hobe Sound, FL.

The the son of the late Horace and Minnie Lee (Everett) James, Mack was born on February 11, 1946 in Climax, GA.

Close friends and some family members knew him by “Diamond.” He lived a portion of his life in Decatur County, Grady County, Leon County, Lee County and finally Martin County. He gave his life to Christ
before making the journey to his heavenly home.

Services: A graveside service will be held in Climax, GA.

Arrangements have been entrusted into the care of Thorne's Mortuary in Stuart, FL.

To send flowers to the family or plant a tree in memory of Mack Arthur James, please visit our Heartfelt Sympathies Store.

We encourage you to share your most beloved memories of Mack Arthur James here, so that the family and other loved ones can always see it. You can upload cherished photographs, or share your favorite stories, and can even comment on those shared by others.

Posted May 01, 2020 at 07:14pm
Life is short, time fly
Memories of you push me still
Complaining don't change a thing Pop
Jesus do and I'm glad I got the chance to show you the good in me. I will see you in a few Pop's, this life come and go. Everytime I mirror up your memories help me grow. I'm an As Is loving son, I got the same mistakes in row. This day I'll never forget. This time I know the road. Rest up Pop
Comment Share
Share via:
CJ

Posted May 01, 2020 at 11:39am
dear my favorite ole guy 💕 , I want to let you know that your were the bestttt grandad I could ever ask for . You may not be by biological grandad but I claim you and forever will . I remember when we came to visit you before we went back to school your words worry “ heyy my grandbaby how old are you now ? my words “ 16 “ smiling as usual you just thought we was going up so fast . I loved when you cursed because it was soo funny to me to the fact you use to talk trash & didn’t have no teeth 😭 good ole days we had i miss youuuu sooo much 💔 and continue to watch over me you’ll forever be in my heart ..
Comment Share
Share via:
CM

Posted Apr 30, 2020 at 06:38pm
Grandpa, thank you so much for the 8 amazing gifts you gave Grandma Lily. We'll miss you! Thank you for your unwavering strength and our family won't be the same without you here. - Cheri May
Comment Share
Share via:
BJ

Posted Apr 26, 2020 at 03:17pm
Bobby James
Father I classified you a friend like non other. When I was feeling down, back against the wall, or just about to throw in the towel. You encouraged me to keep being that father, that loving spouse, and that man of God which I was ordained & predestined to be. The James family has lost a pillar we truly loved, but God so loved...Sleep Well...Kiss mom for me. Your Son, Bobby James
Posted Apr 25, 2020 at 08:15pm 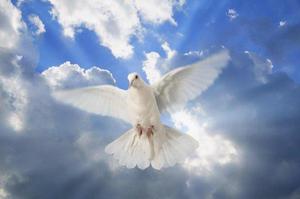 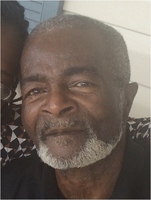 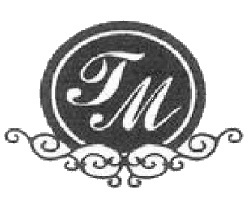 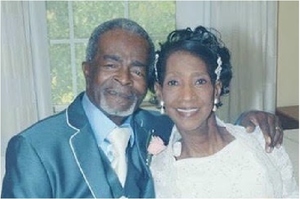