To share your memory on the wall of Claudius Taylor, sign in using one of the following options:

Receive notifications about information and event scheduling for Claudius

There are no events scheduled. You can still show your support by sending flowers directly to the family, or planting a memorial tree in memory of Claudius George Taylor Sr..
Plant a Tree

We encourage you to share your most beloved memories of Claudius here, so that the family and other loved ones can always see it. You can upload cherished photographs, or share your favorite stories, and can even comment on those shared by others.

Posted Nov 29, 2018 at 12:00am
Our thoughts and prayers go out to the Taylor family.  Mr George will always be remembered and thought of. May you find comfort in reading the resurrection promise Jesus left us at John 5:28,29.
Comment Share
Share via:
DK

Posted Nov 24, 2018 at 12:00am
To a man words can not explain how much you will be miss, but remember God will continue to bless your family and know that you did all that you could do and more.Sending my condolences to those that is left behind, and God will always protect you.with lots of love.you will be miss Uncle George.
Comment Share
Share via:
DL

Posted Nov 19, 2018 at 12:00am
My thoughts and prayers are with you all during this difficult time. Uncle George will live on in all of hearts just because of who he was to so many. I always made it my business to go by and see him when I would come home. May God give you strength peace and comfort.
Comment Share
Share via:
CJ

Posted Nov 18, 2018 at 12:00am
To Father God has called you home to be in his presidents in his at the right hand of the father to pair a place for your bright of 63 years I understand my god plan. RIP Mr. T Love Daddy Boman
Comment Share
Share via: 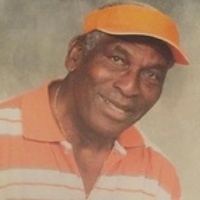