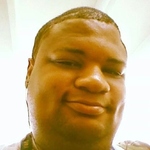 Mr. Brandon Robinson, 34, of Lauderhill, FL passed away peacefully at Plantation General Hospital and Medical Center on March 31, 2020 at 8:11 am. He was born to the parents of Lavon L. Gates and the late Pastor Keith A. Gates.

He passed away just 2 months and 9 days after his father. At his father's homegoing, Brandon performed a song that he had written in his father's honor and it brought tears to the eyes of many. The death of his father was so devastating and had taken such a toll on him, that he wasn't quite able to rise above it, even with the love and support of family members and his closet friends.

Brandon was a well known throughout Broward, and Miami-Dad Counties, as an accomplished musician, electrifying vocalist and song writer/producer. Because of his love for music, he embraced diverse genres of music, with performances that touched the hearts of many.